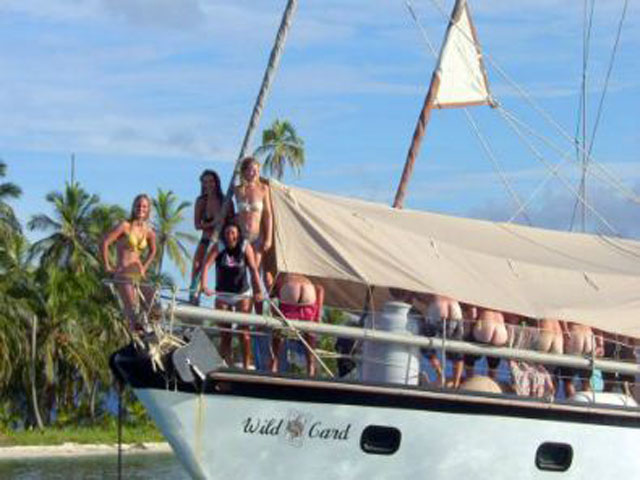 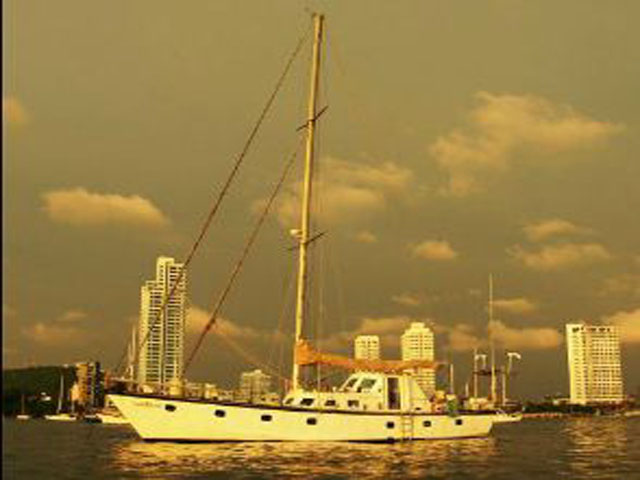 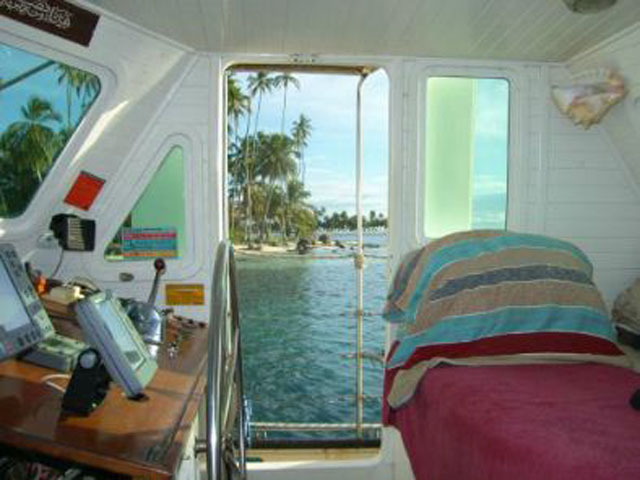 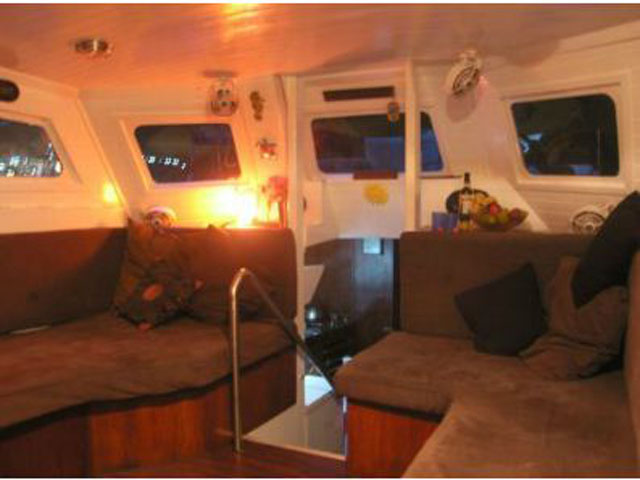 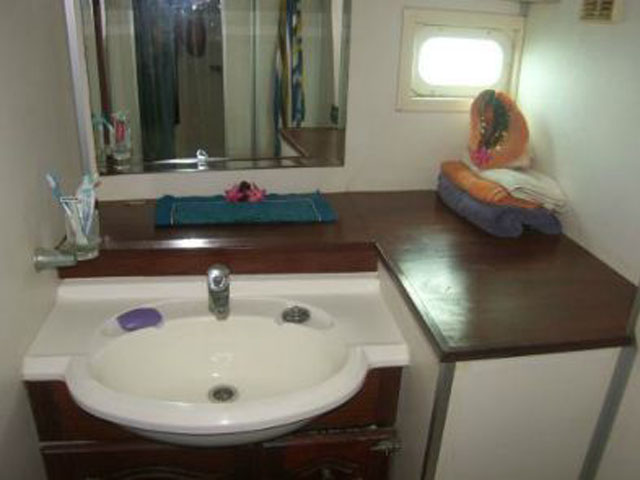 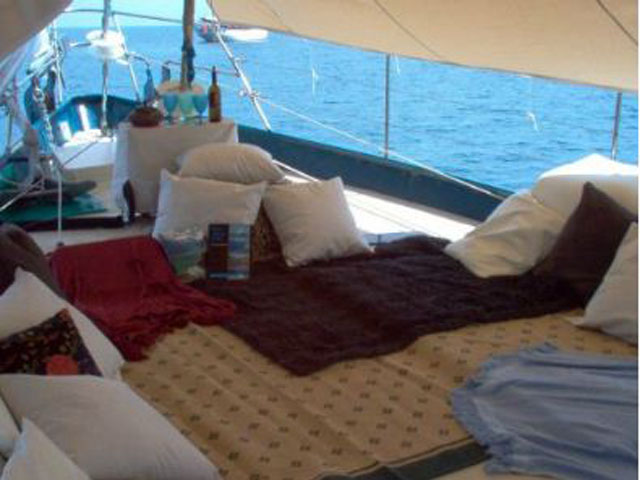 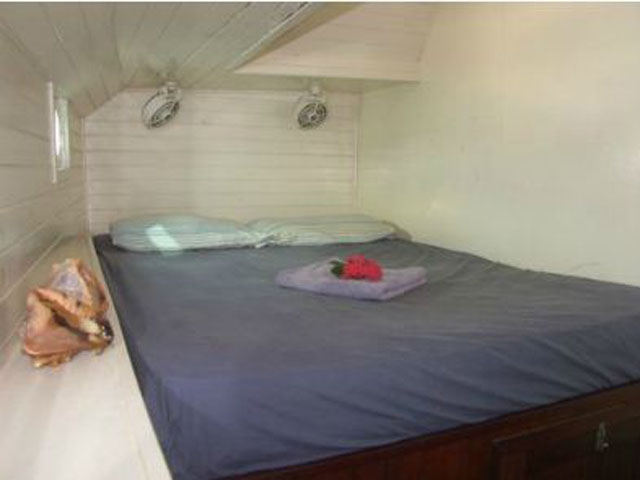 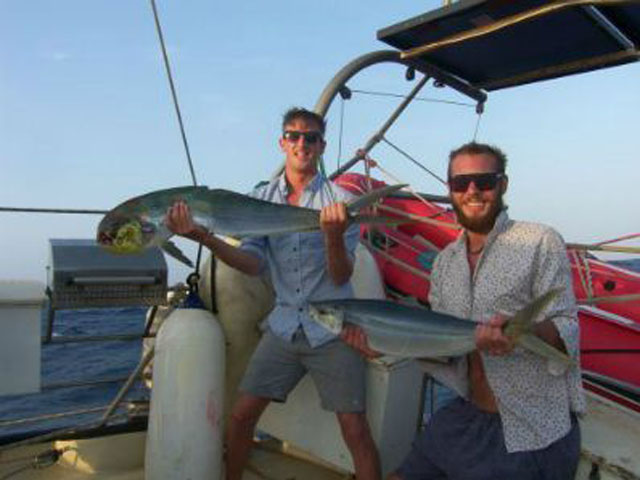 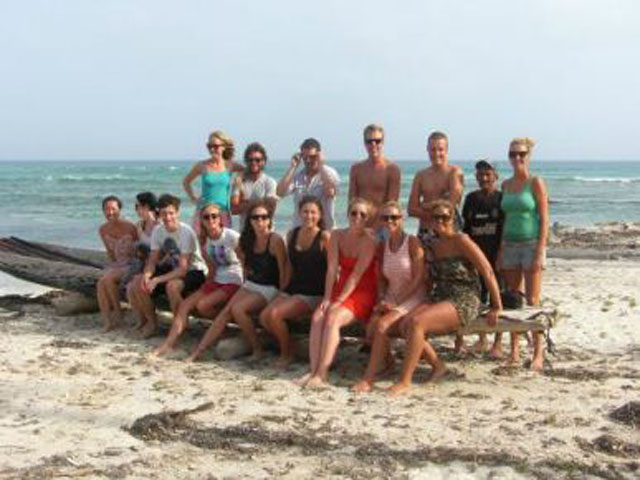 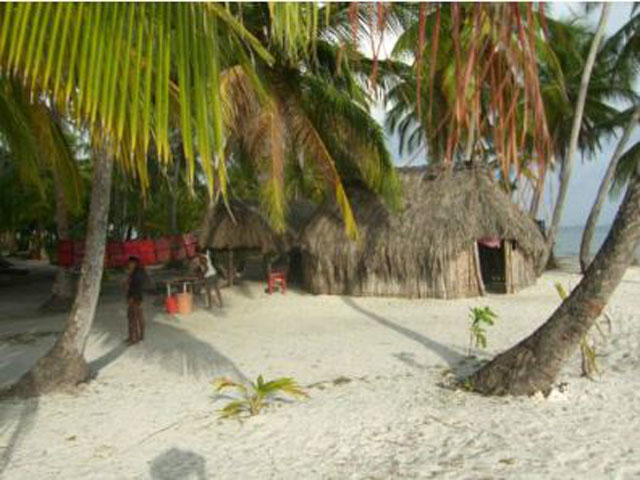 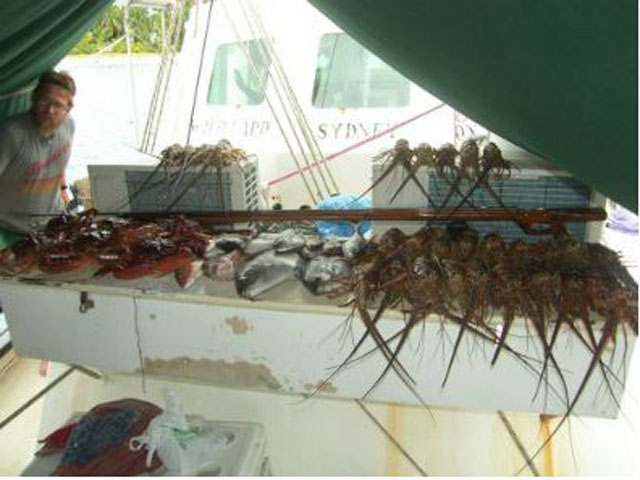 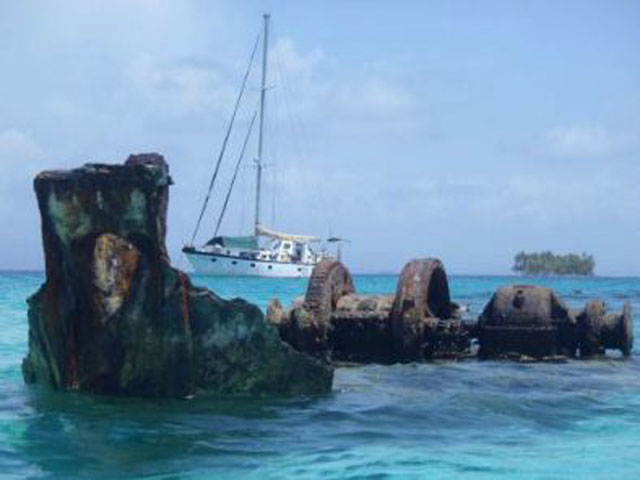 Wild Card was constucted in Australia for deep ocean cruising in the southern waters of Australia. The vessel is 60ft in length and weighs 40 ton. The Captain is John Condon.(New Zealand) He has a Master of Yachts Ocean. This entitles him to sail/motor any Red Flagged vessel up to 200 tons anywhere in the world.

Panama to Cartagena
Port of exit: Portobelo or Porvenir, San Blas Islands
Day 1. Indian village in Porvenir followed by snorkeling on Dog Isalnd wreck then on to West Hollandaise.(Fantastic beach and fire possible)
Day 2. Move to Coco Bandero. One of the prettiest Island groups with abundant snorkeling. Seafood meal with lobster provided by captain.
Day 3. Coco Bandero
From this group of islands we proceed to Cartegena. This part of the trip averaging 35 hours but again very affected by wind,sea state and currents.

Cartagena to Panama
The trip from Cartagena begins at the second small public dock “just past “ CLUB NAUTICO heading towards the container terminal.(Approx 400m)
Near by is the Carulla Supermercado where there is a food hall,inertnet cafe and bottle shop.
Generally we assemble at this dock in the evening to board evryone and wait for our Port clearance and immigration papers.A definite time will be provided each trip.
The trip to our first anchorage in the San Blas will be in the vicinity of 35hrs. This can change due to sea state and weather of course.There is very often a current against us on this leg in the wet season and it can be up to 2 knots! (Named the Carribean counter current)
We generaly arrive early in the morning at a group of 4 Islands commonly known as Coco Bandero.

Reviews For The Wild Card

Review Guidelines – Take into consideration that reviews are subjective and do not always indicate which would be the best boat for you. We have done our best to include all reviews we receive for the boats on our sites (both good and bad) as long as we feel they will help our clients to make an informed decision. We reserve the right not to include reviews we feel are either unnecessarily offensive or unjust so feel free to look elsewhere for reviews we may not have published.

Our boat was a fantastic 60 foot sailing/motor yacht called Wild Card and was skippered by an Aussie fella called John, who was supported by his first mate and fellow Aussie, Nigel. The passengers were a mix of Brits, my travel buddies James & Will – the Aussies, a Swiss couple and alone Norwegian.
After boarding at Portobello in Panama, we sailed for 10 hours overnight to arrive in the amazing San Blas Islands, home to the native Kuna Tribes. First stop was passport control – which was a corugated iron hut with a desk and a broken chair on a tropical island no bigger than a few football pitches. Passports stamped, we headed a short blast away to a cluster of idylic deserted islands a moored up here for a couple of days of jumping off the bow, snorkelling, fires on the beach and eating fresh lobster.
March 2012

So happy you got to take friends around the same parts. Thanks John. Will be lifelong recommendations!
September 2011